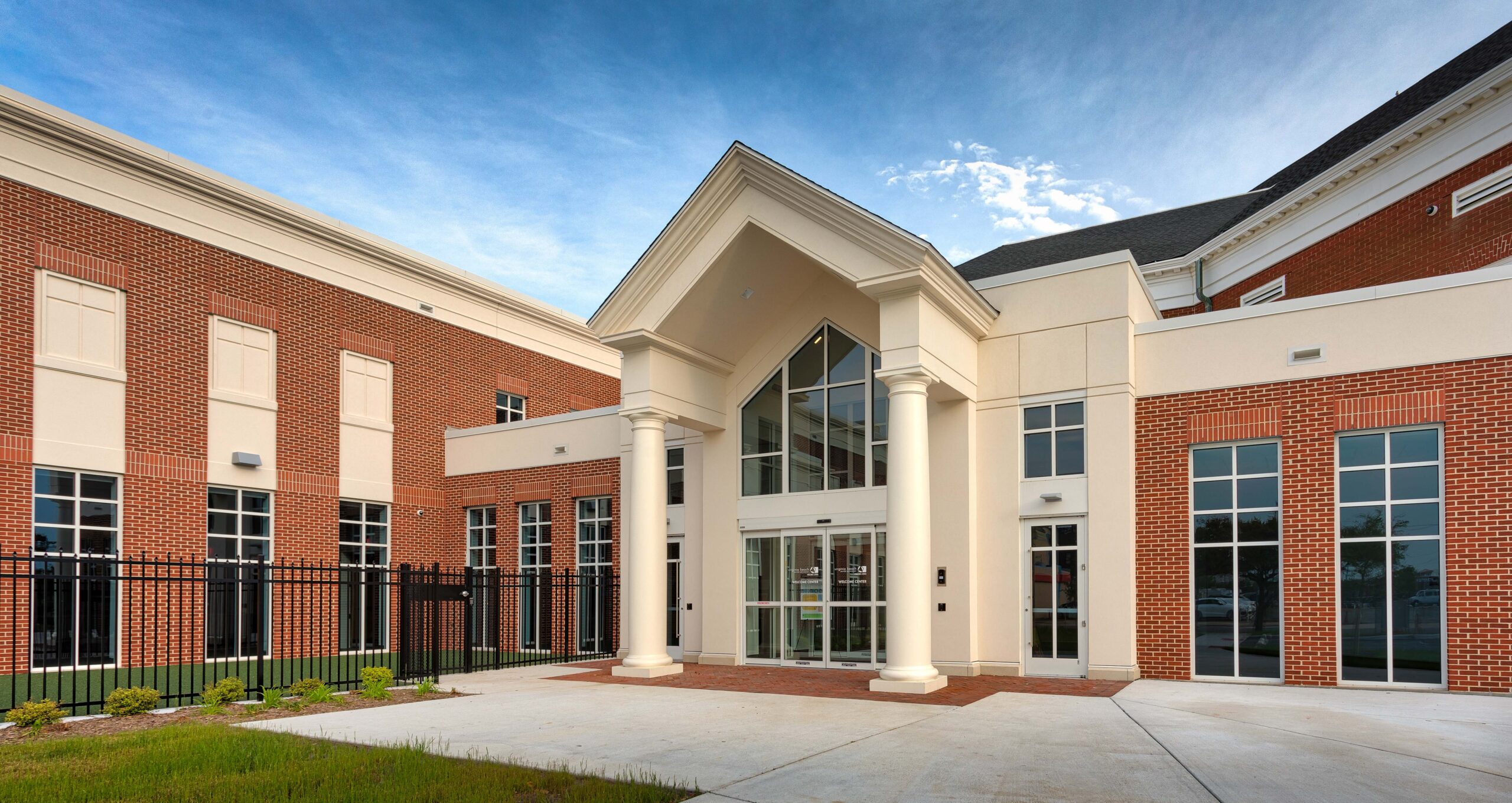 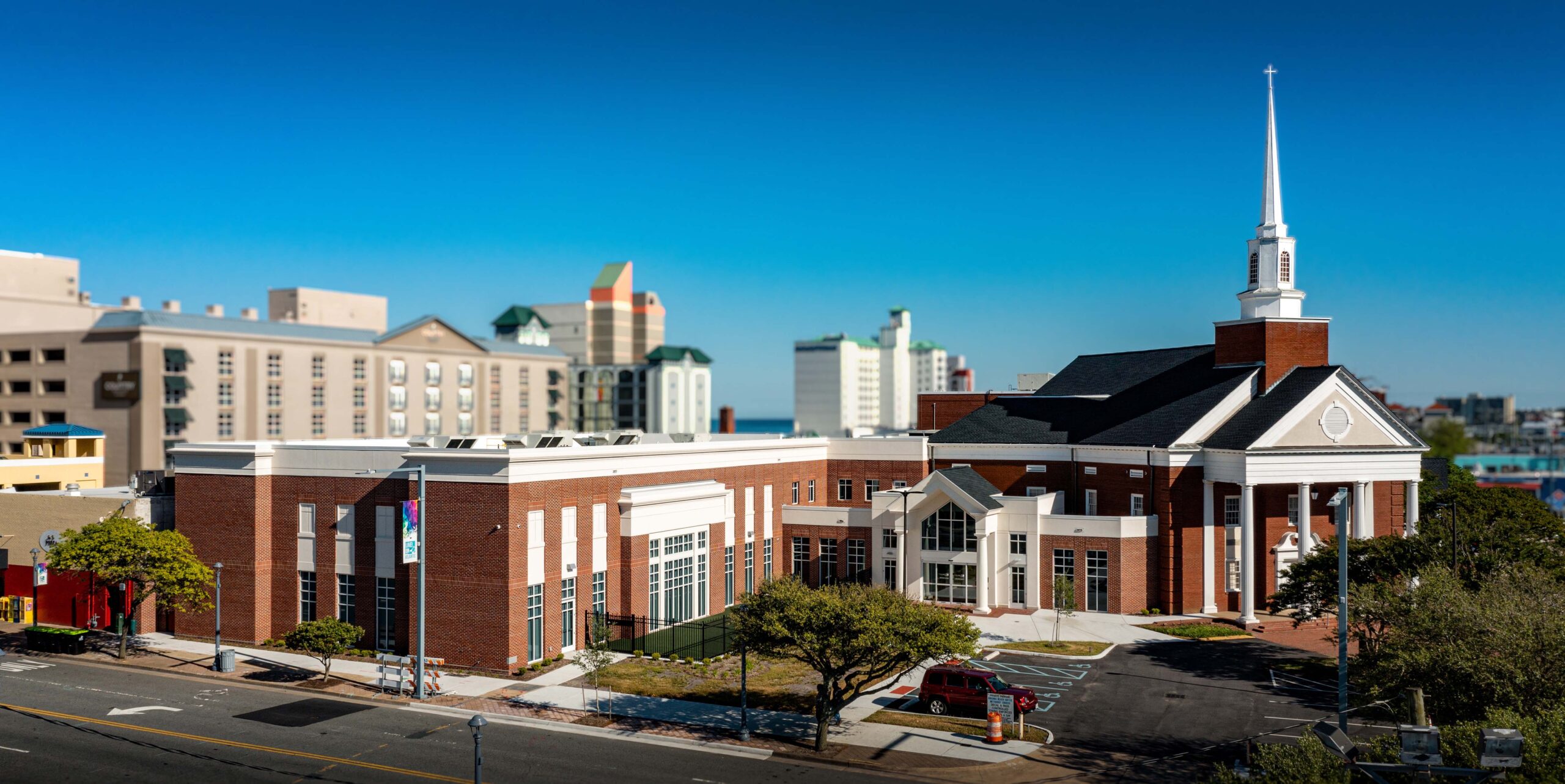 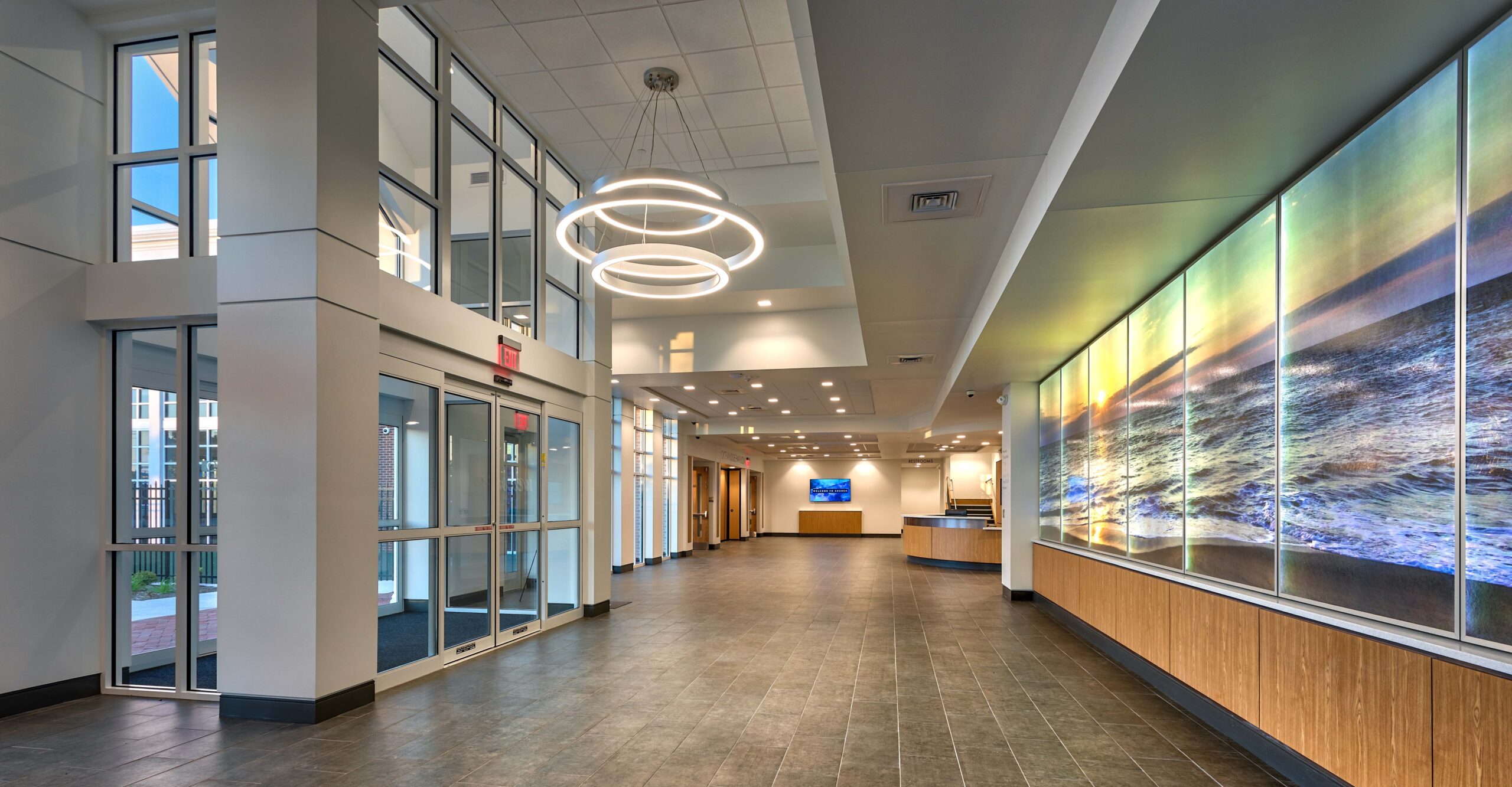 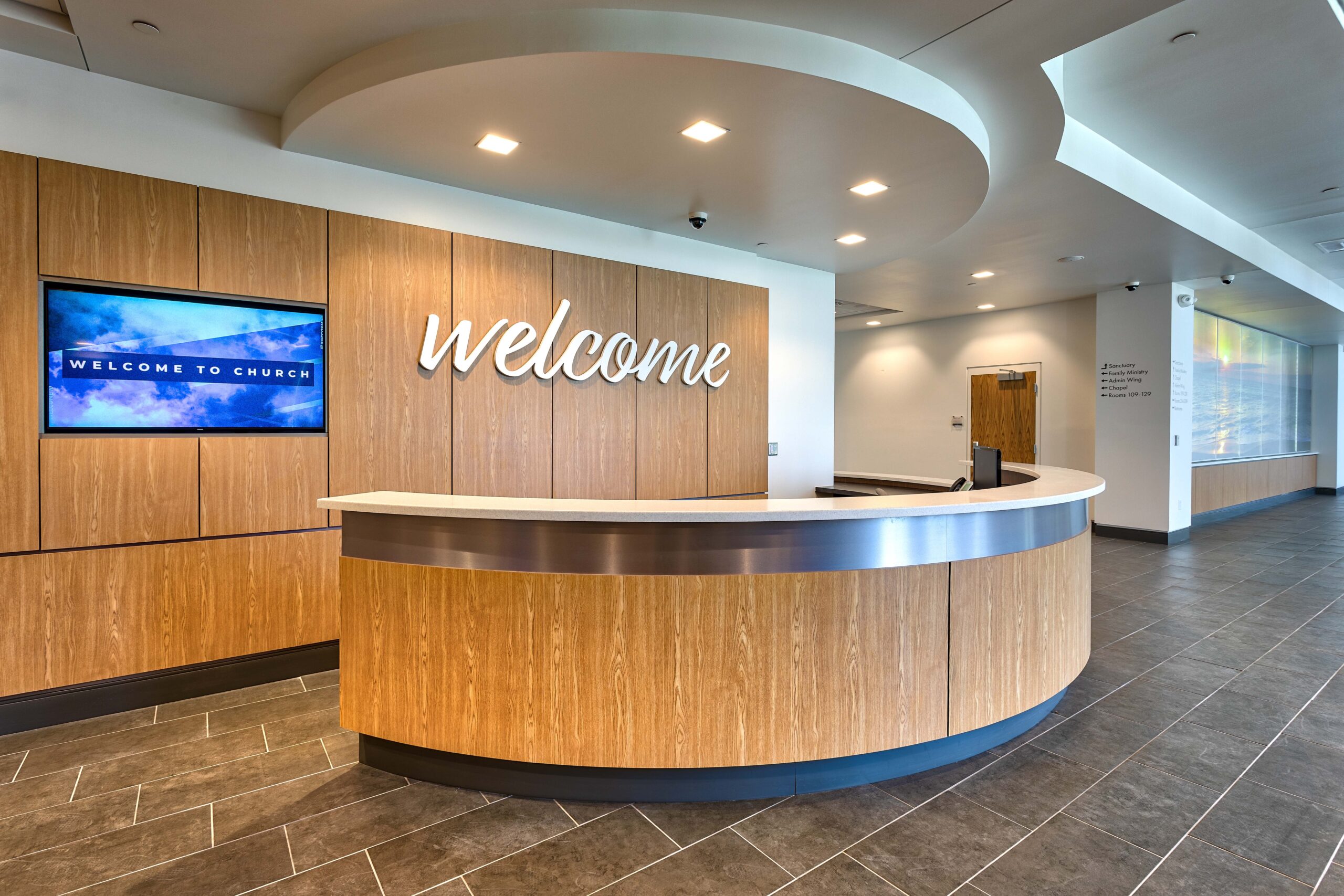 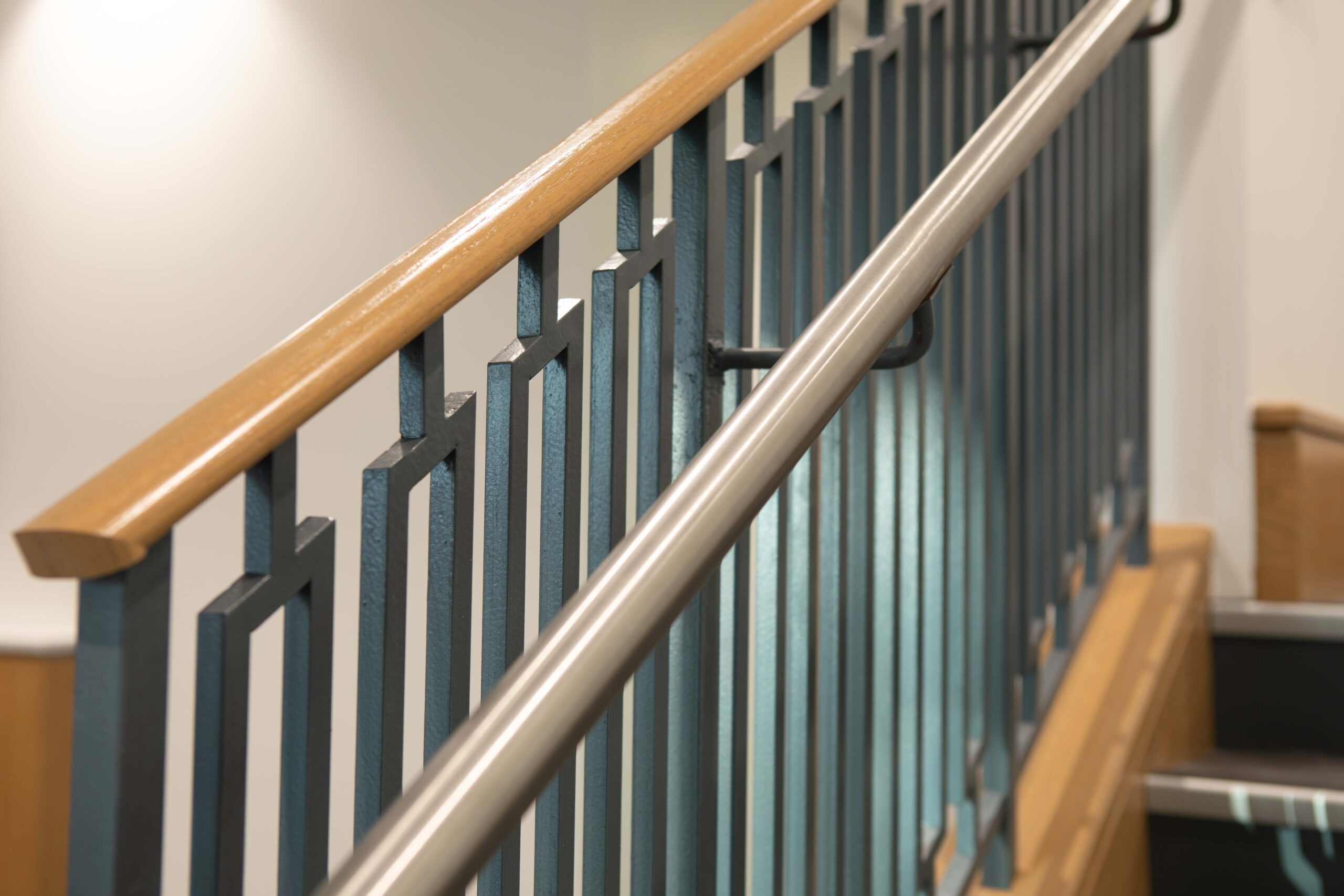 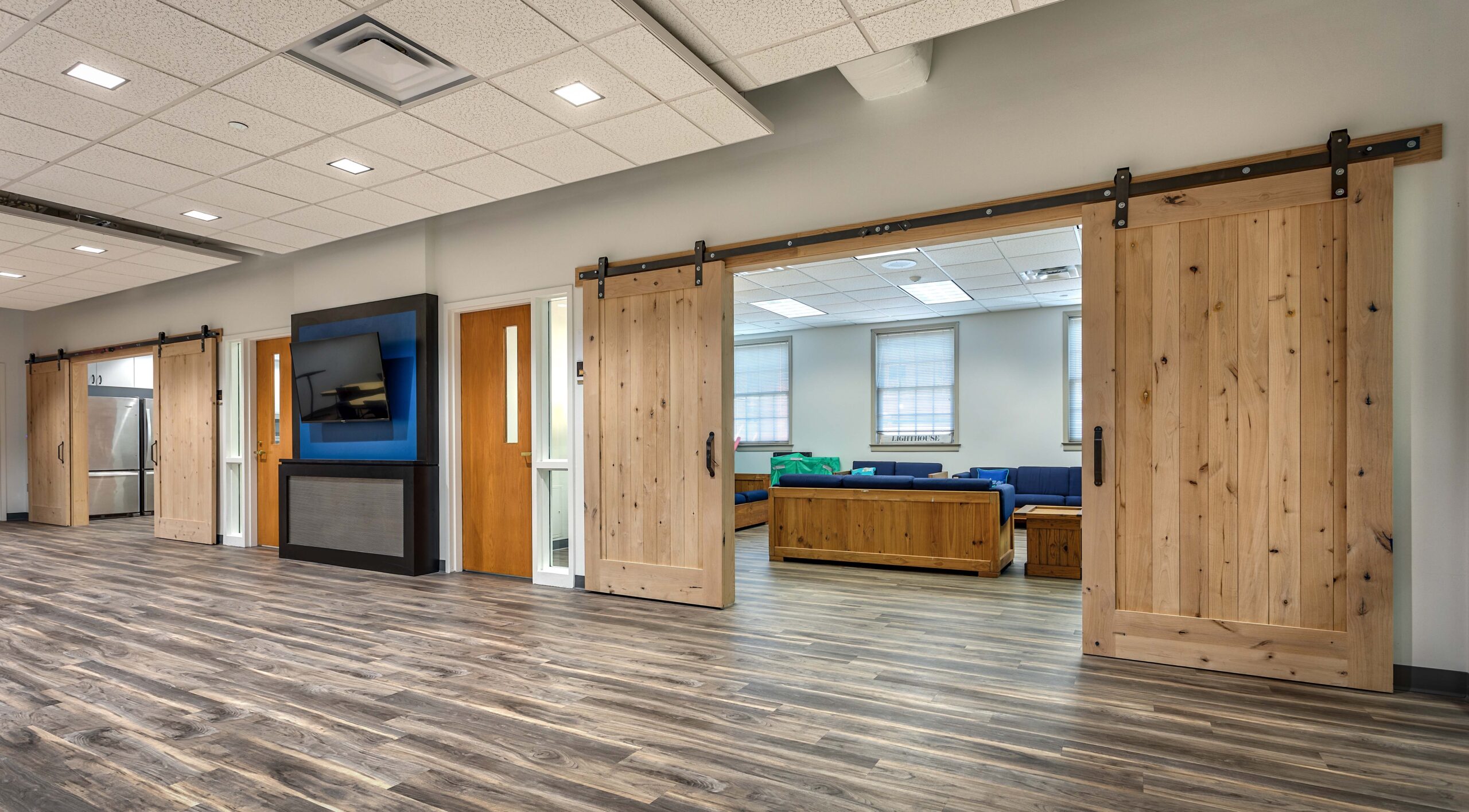 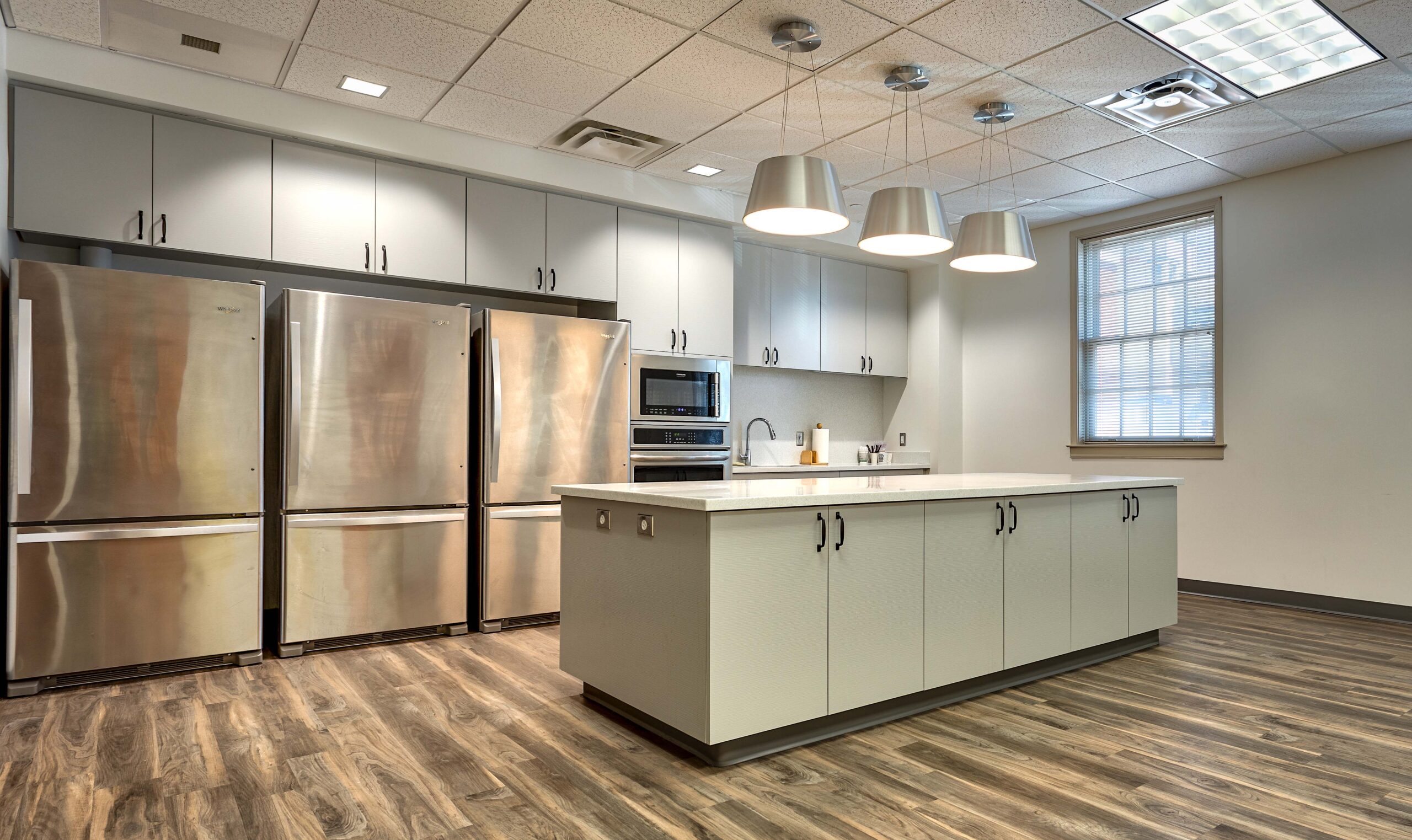 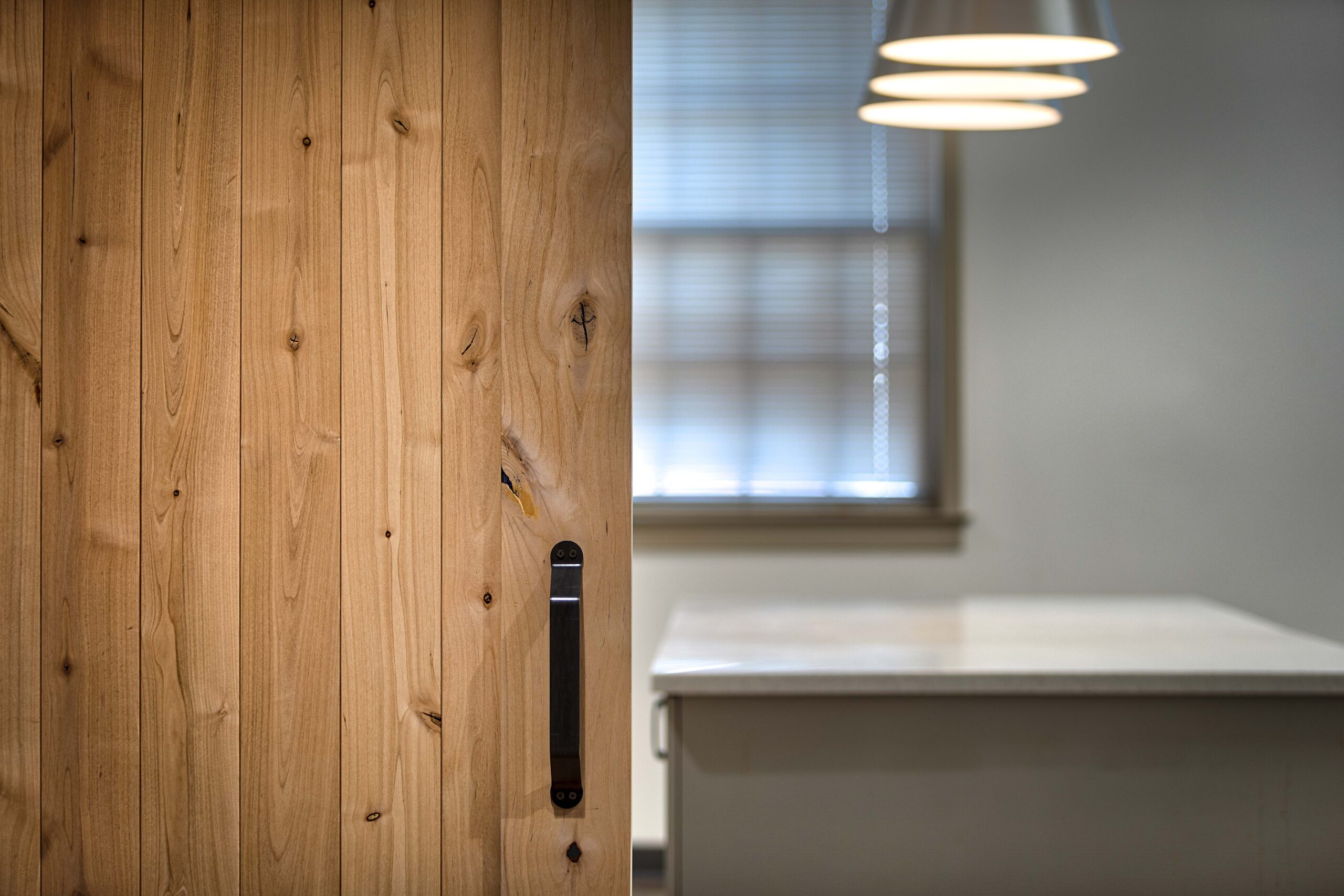 The North Wing Addition is the second major addition to the Virginia Beach United Methodist Church commissioned by the design team. The newly constructed portion of the building replaced parts of the existing footprint including the existing north wing, and provided the additional floor area dedicated to the new public entry, gathering lobby and 4,300 SF multi-purpose room.

The new addition is designed to complement the existing sanctuary, and allow its main façade with the steeple to remain the focal point. The design seamlessly integrates with the existing architecture by continuing the architectural style, ornamental detailing and materials of the sanctuary. The new entry mirrors the one leading to the South Wing Addition, constructed in 1999, but with some updates.

Both wing entries flank the sanctuary, creating a well balanced façade with focus on the existing sanctuary entrance and steeple. The new North Wing main entrance is designed to create an open and inviting appearance from the outside, and bright, airy space on the inside. 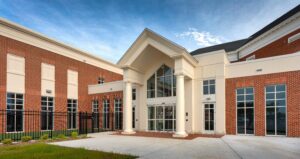 At the North Wing entry, a visitor is greeted with two story glazing – a glimpse into the church before entering. A casual ambiance envelopes the guest as they enter, welcomed by the back-lit panels of local beach scenes. The reception desk in the lobby directs newcomers to either the sanctuary, multi-purpose room, or up the monumental stair towards classrooms and offices. The lobby acts as an interstitial gathering space between services and events. 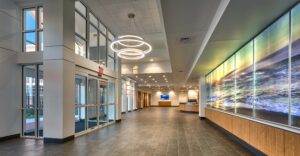 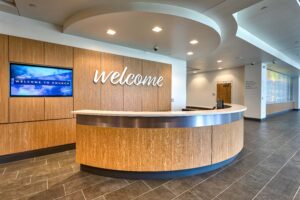 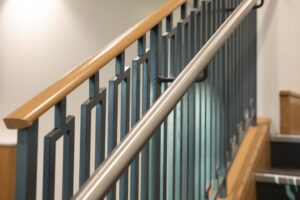 The multipurpose room features a large two story volume, and is designed to host a variety of functions such as contemporary worship, auditorium, and banquet meetings. Folding partitions bring added flexibility to the use of this room. The program of the surrounding area includes a commercial kitchen, classrooms, offices, storage and other supporting functions, along with a dedicated youth area with its own stage, classrooms and kitchen. 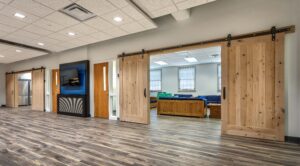 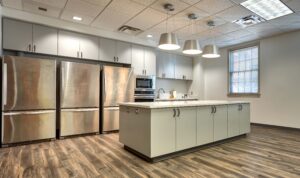 The Church sought to update their spaces to provide a more contemporary and casual environment to attract and maintain younger families and church members. This desire became a major driver for the design of the project. The program included renovations to the second floor youth area to include an intimately sized contemporary worship space, a recreation room, kitchen, and an informal gathering area. Between these spaces, a feeling of community openness was important. The use of barn doors allows each of these areas to open into each other, allowing for flexibility of use and promoting connection between users. 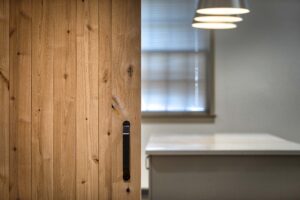