Saturday April 5th kicked off Architecture Week for 2014 and I joined Jonathan Woodruff and Brock Frey from Vansant and Gusler and Pete Dykema from Riddick Fiedler Stern for the latest edition of the AIA Amazing Race: The Cannonball Conundrum, which this year went through downtown Norfolk. Greg Rutledge from HEWV set up the event and 14 teams followed clues throughout downtown to find the location of a “curse” that was placed over Norfolk 85 years ago. 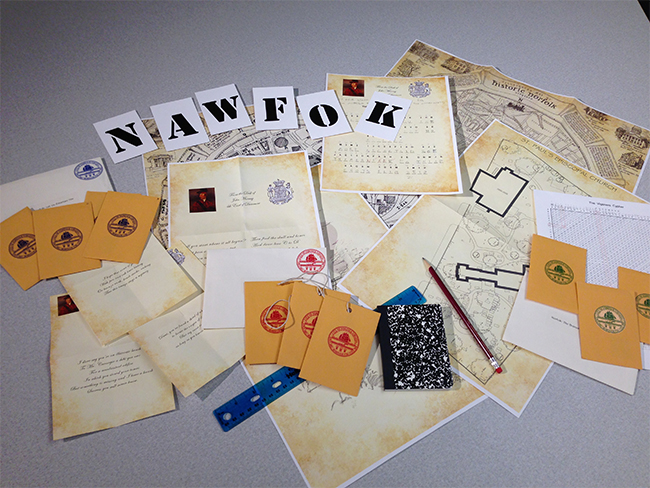 The adventure had three paths to find parts of a code word that would allow us to decipher a document to find the final location where the curse was cast.  All three paths had to be completed to finish the race, the first revolved around the entertainment venues downtown from the Wells Theatre to the Scope complex to the Hurrah Player’s Stage.  The second path was all about Norfolk’s Waterfront, Starting at the World Trade Center and moving along Town Point Park, to waterside and the USS Wisconsin and back. The last had us starting at the graveyard outside St. Paul’s Episcopal Church and then following the Cannonball Trail to the old Norfolk Library on Freemason, passing several historic houses along the route. 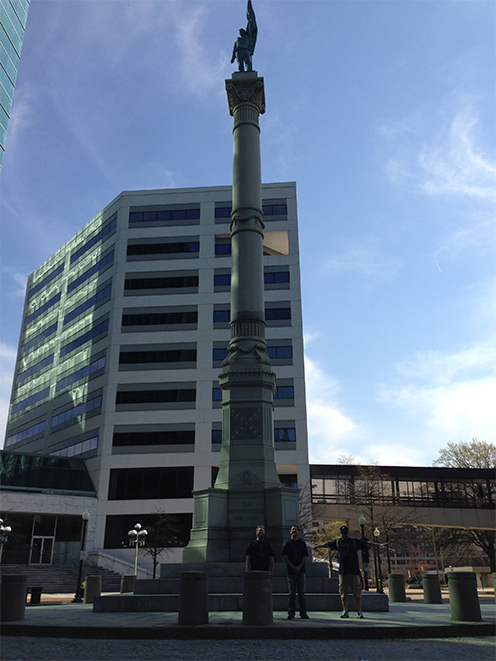 We were minutes away from cracking the code when time was called, but a social at the Tap Room removed the sting of not quite finishing!  A fantastic time was had by all, and to see the teams all scrambling to figure out the dastardly riddles proved that everyone was in it to win it!

Beautiful weather and a fun adventure for the afternoon.  We’re already excited to try again next year!