At HBA, we are crazy about serving our community.  So crazy, in fact, that fifteen of us voluntarily and enthusiastically took a frigid dip in the Atlantic Ocean this February to benefit Special Olympics of Virginia.  For the ninth year in a row, HBA part took part in the Polar Plunge Winter Festival in Virginia Beach.  Those in the office who have faithfully plunged each year said this was the coldest one yet, with the water temperature hovering just under forty degrees! 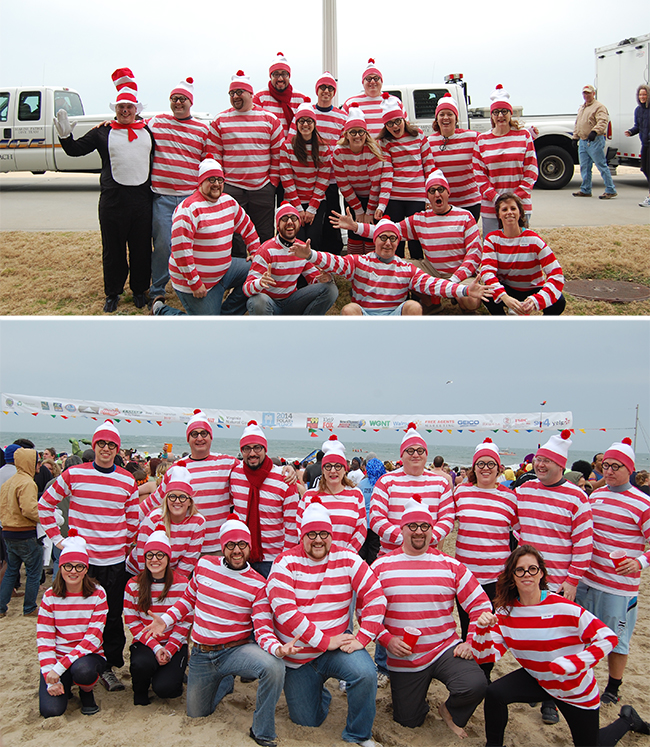 This year we raised $3,905 for Special Olympics of Virginia, an athletic program which gives intellectually disabled children and adults opportunities to develop fitness, build character, and experience the joy of competition in a supportive environment. HBA is always among the top fundraising teams, and this year was no exception.  Among the 500+ registered teams, HBA ranked in the top 6% for fundraising.

Of course you can’t jump in the ocean just looking like a normal person – that would be ridiculous!  So in order to make our group stand out from the crowd (you’ll catch the irony in a moment), we all dressed up as variations of Waldo from the children’s book series Where’s Waldo?  We crafted our own striped shirts and hats, donned round glasses, and awaited the onslaught of on-lookers at the Oceanfront exclaiming “I found him!” 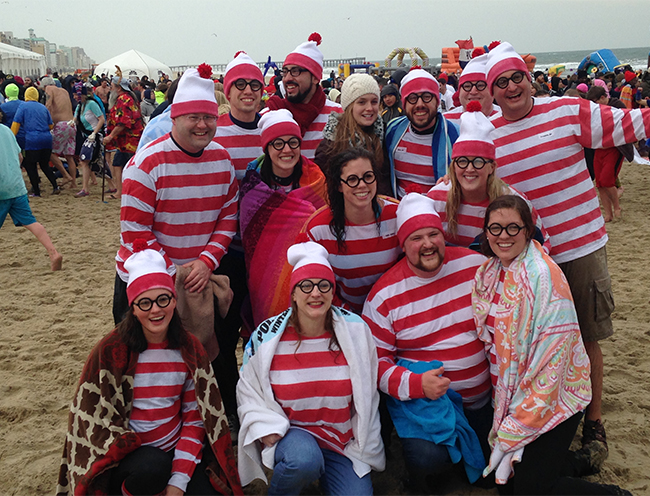 Between the adrenaline rush of dashing toward the ocean alongside thousands of other people and the subsequent numbness of my entire body upon contacting the water, the cold wasn’t that bad! I would do it again. I like to explain to people that the polar plunge is like going on a backpacking trip or having a baby (or so my friends have told me).  Leading up to the event you think, “This is going to be so great – I’m getting excited!”  Once you’re in the middle of it you think: “Why on earth did I ever decide to do this? I am in agony!” After some time has passed you think back fondly on the event and think, “Yea, that was fun.  I think I’ll do it again someday.” 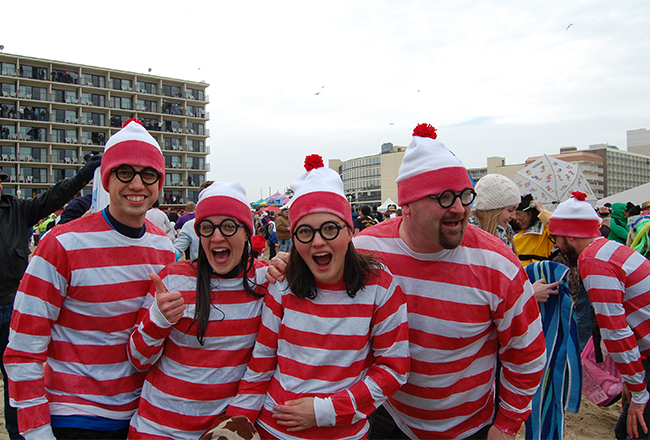