The project included the complete interior and exterior renovation in the busy downtown area of Portsmouth, Virginia. Inside and out, this amazing transformation of a treasured local museum adds color, energy, and excitement to everything around it. Demolition of adjacent property at the corner of High Street and Middle Street was the cornerstone of the revitalization effort. Their replacement was a two-story 20,000 square foot addition, making room for brand new exhibits inside the Children’s Museum, including a 4070 square feet exhibit simulating a working waterfront port, 6000 square feet for “Dr. Forces Traveling Energy Extravaganza”, and a backyard Tot Yard. Plus, a tribute to every child’s favorite activity:  “Sound Around” – an educational center to make a lot of noise and music.

The new two story addition at High Street gives the museum a prominent presence and lobby space, along with an expanded gift shop, group party rooms, and a concession/snack shop. Visitors enter the museum through a curtainwall glass entrance that allows sunlight to pour in and gives guests a glimpse of the exhibits awaiting them. The all-glass curtain wall in the lobby provides an inviting visual connection between the pedestrian mall, High Street sidewalk, and the building lobby.

The exterior renovations and site improvements to the connecting pedestrian mall, parking garage, and the adjoining side street provide a much more identifiable entry point and begin the museum experience as visitors make their way to the entrance. The improvements at King Street include a drive through “train station” canopy for school groups that arrive by bus.

These exterior improvements create a safer passenger loading and unloading area, moving vehicular traffic away from High Street traffic. The Middle Street mall area is renovated with landscaped areas, seating and paved plaza space also utilized by the Museum for programs and events.

Colorful pennants, energetic LED lighting, and a strong pedestrian connection to the Portsmouth’s Old Towne District unifies the project with a fun, festival-like atmosphere designed to draw children and their families from across the region.

This project was completed in May of 2011. 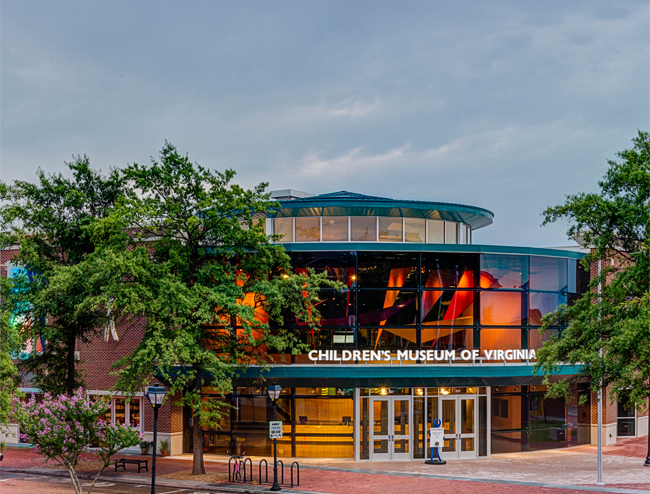 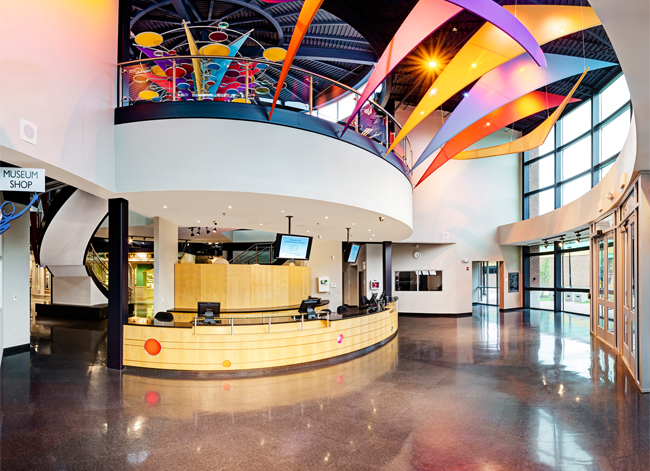 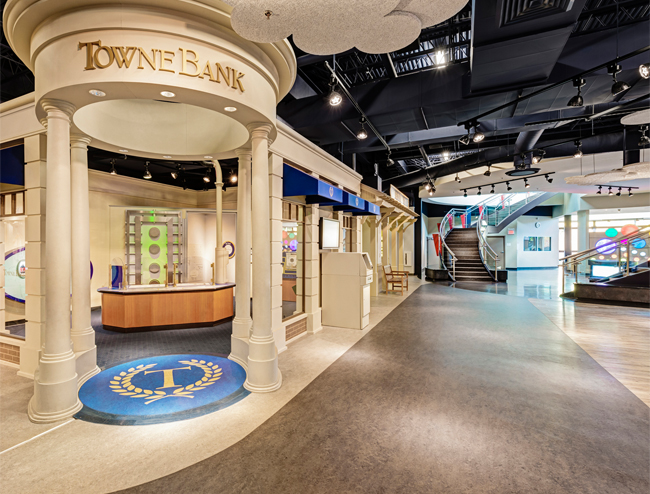 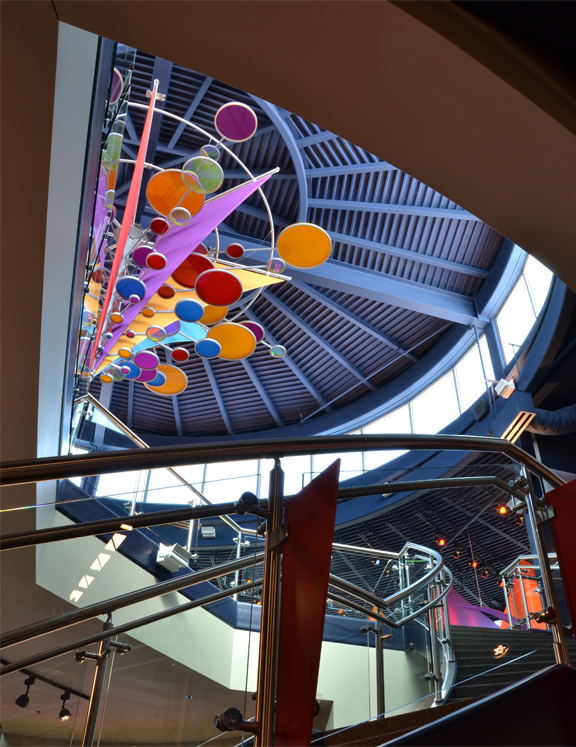 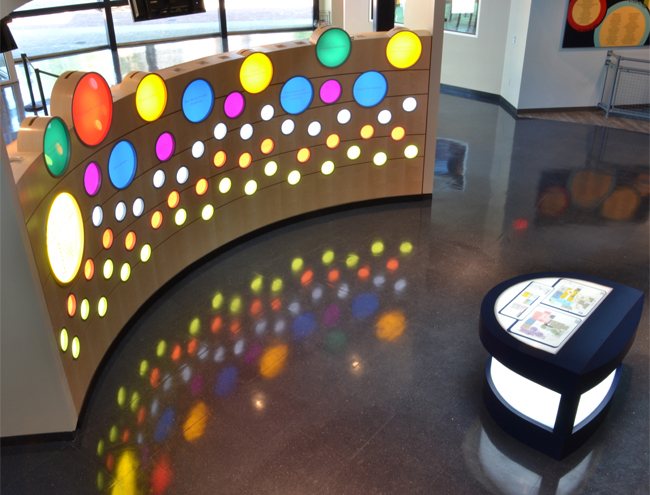 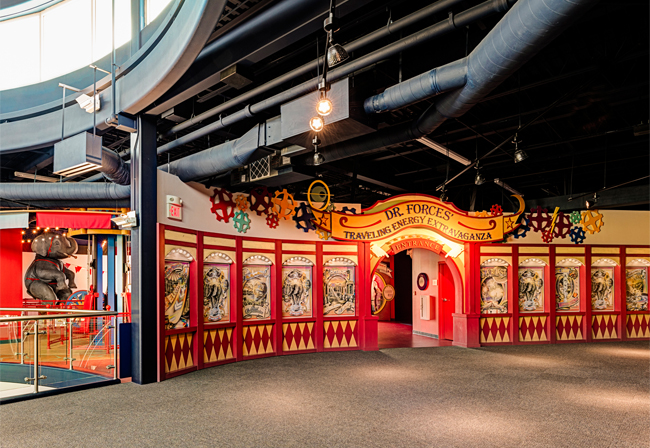 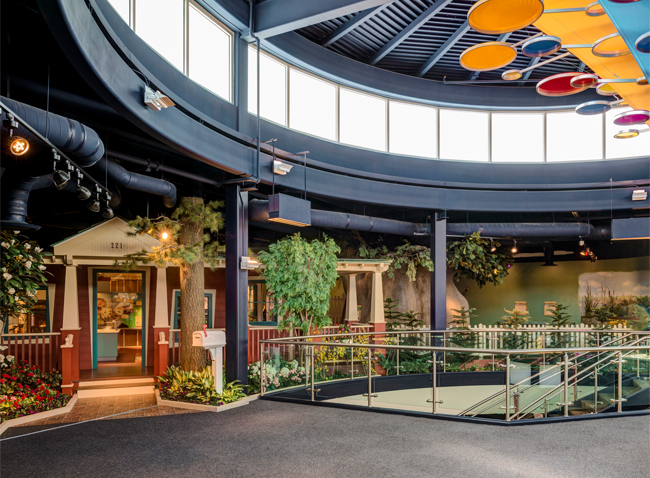