With sweeping views of the Elizabeth River, the Virginia Port Authority Headquarters office is constantly reminded of one of the ports they own and operate. With a color palette and finishes reminiscent and complimentary of the seas, the sleek new headquarters are designed for comfort, efficiency, and professionalism. While the number of work stations to remain the same, the Port Authority wanted to reorganize their spaces for efficiency and ease of use.

The VPA first occupied their space in the World Trade Center in Norfolk Virginia in 1983. Over 30 years, they grew and reorganized without making any significant changes to the layout of their space. This project had several objectives:

This project was accomplished as a part of a lease renewal, with the majority of the funds coming from the landlord. Because the VPA is a state agency, there was significant budget pressure to keep all of the leasehold improvements within the amount provided by the landlord.  VPA funds were used only for technology, audio visual systems and limited furniture.

In addition to cost challenges, the project was constructed with the majority of the staff in place and operational. One group was moved temporarily to a vacant suite on another floor and the project was done in rolling phases—an area was renovated, staff was moved into the renovated area, and the area that they vacated was then renovated. In all, there were 14 phases of construction, the vast majority of which took place evenings and weekends to minimize disruption to the surrounding staff members.

From a design standpoint, particular attention was paid to the lobby, reception, Board Room and Waterside Conference Room, which are the primary public face of the organization. These spaces were provided with clean modern finishes, exciting lighting effects and advanced technology. The staff spaces were designed to be more open and to foster collaboration and communication. The executive suite was done in a quiet, somewhat understated manner to balance the confidentiality required with accessibility and openness.

All of the finishes were selected to be timeless and elegant, while being durable to last for at least the term of the lease. This project was completed in August of 2012. 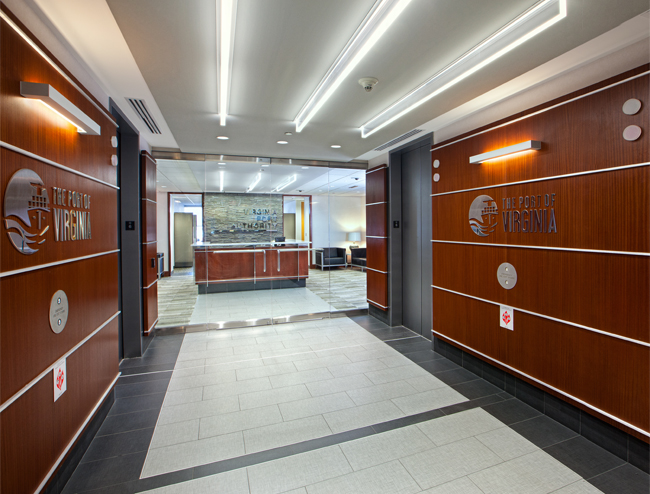 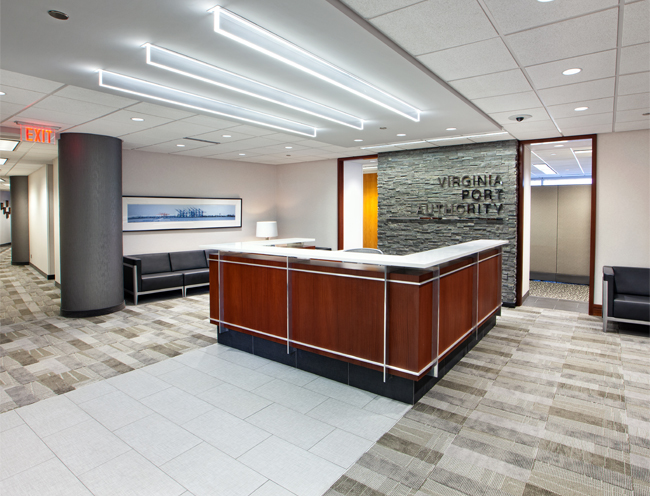 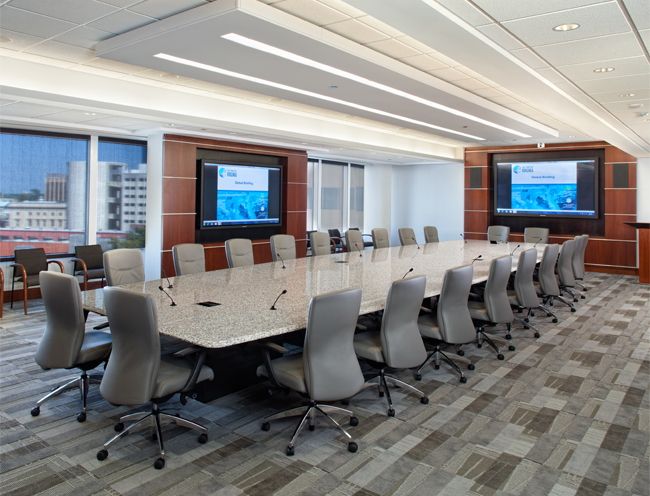 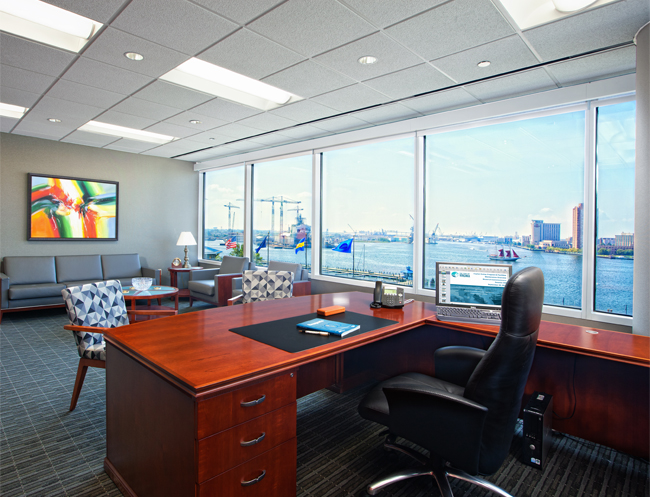 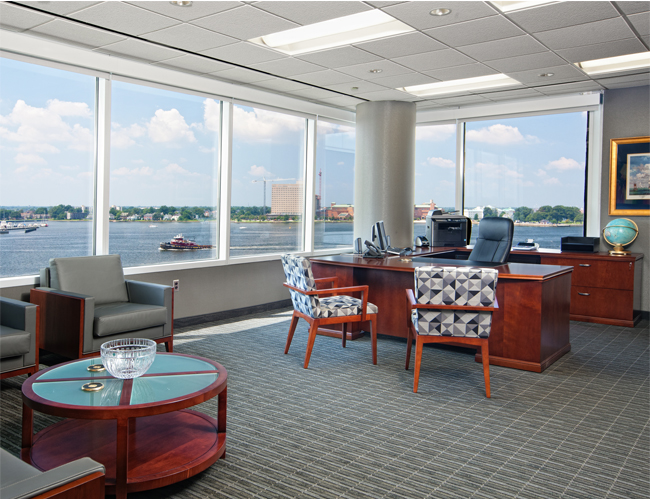