Twas the night before the HBA Holiday party, when all through the place,
All the workers were stirring, without any time to waste.
The stockings were hung by the elevators with care,
In hopes that Bruce Prichard soon would be there. 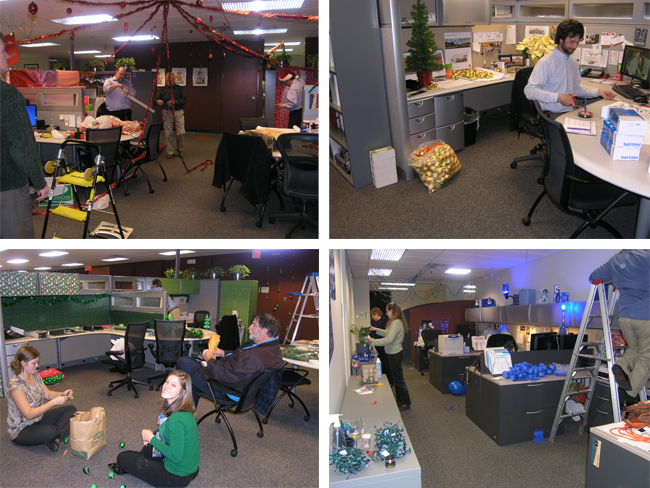 Children were invited, not awaiting their beds,
While visions of white elephant gifts danced in their heads.
And mamma dressed in her finest stockings, with nary a run,
Coworkers had just turned off their brains for a night of fun. 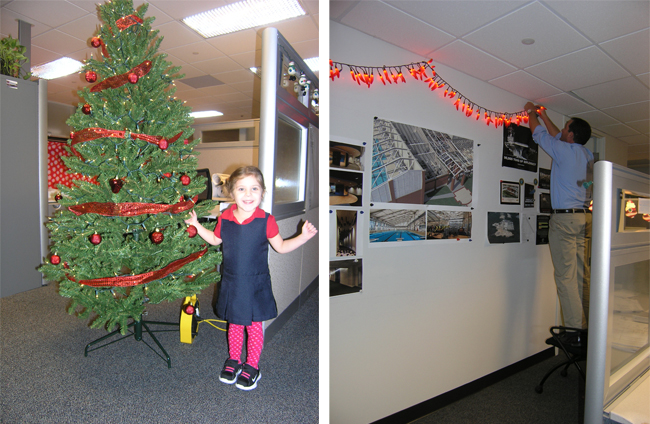 When out in the lobby there arose such a clatter,
I sprang from my cubicle to see what was the matter.
Away to the hallway I flew like a flash,
Tore open the doors and threw away trash.

Lights hanging from the dropped ceiling grid
Each color was not to be outdid.
When, what to my wondering eyes should appear,
But a few hanging ornaments and a holiday brew of beer. 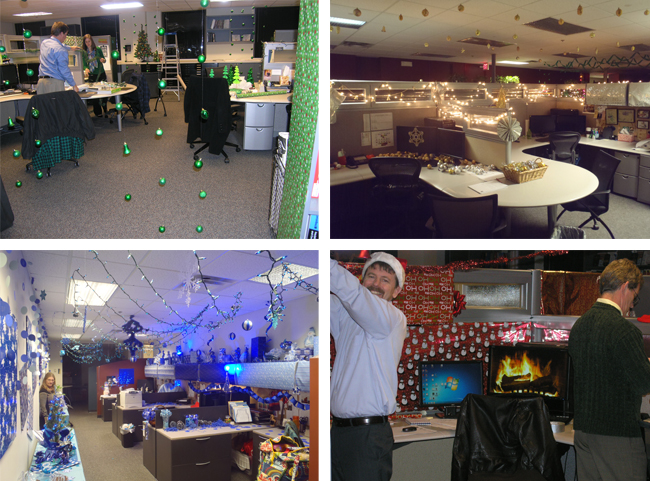 With delicious treats only slightly previewed,
I knew we were moments away from eating party food.
More rapid than eagles the caterers they came,
They whistled, and shouted, and called each other by name!

“Now Drawings! now, Specifications! now, Granites and Soapstones!
On, Renderings! On, Selections! everyone take off your headphones!
To the lobby! The Hall! To the conference room!
Now eat away! Drink away! Work on Monday will resume!”

And then, in a twinkling, I heard on the intercom
The gift exchange was greeted with the clapping of a palm.
As I drew in my head, and was turning around,
Presents were opened, some were intended to dumbfound. 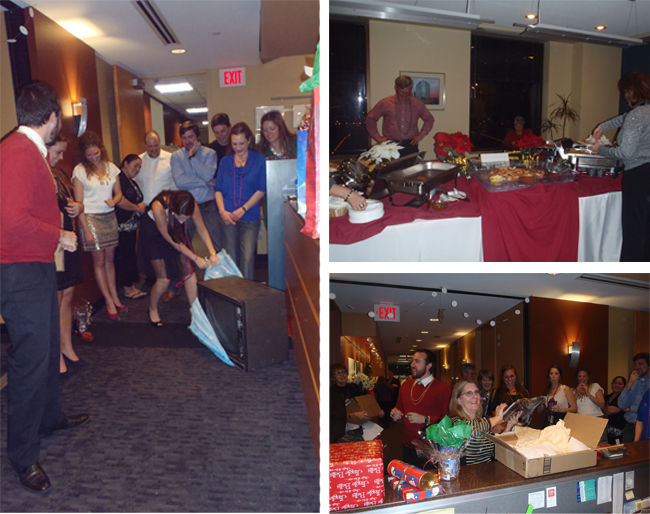 He was dressed all in fur, from his head to his chest,
And his clothes were ironed- his holiday best.
A Justin Beiber toothbrush Bobby did not want,
And he hung it on his shirt, in an effort to flaunt.

The blue team won the contest, which was no small feat;
Teams were motivated to compete.
And laying aside their plates, they were content,
And giving a wave, down the elevators they went!

They sprang to their cars, to friends gave a whistle,
And away they all drove like the down of a thistle.
But I heard all exclaim, ‘ere they drove out of sight,
“Happy Holidays to all, and to all a good-night!”