This year marked the 8th year of HBA’s participation in the Virginia Beach Neptune Festival Sandsculpting Competition. Our team was enrolled into the Freelance Division, which was comprised of 11 teams of various companies and individuals that wished to embark on the sand sculpting challenge. The event took place at the Virginia Beach Oceanfront on Saturday, September 29th, from 9:00am-1:00pm. Following the theme of “Neptune’s Kingdom – Music by the Sea,” we designed an aesthetically-pleasing sand sculpture of a sea shell horn blowing a waving ribbon of piano keys. Our title of “Nep’s Tunes” for this year’s sculpture brought numerous comments and smiles from the crowd. 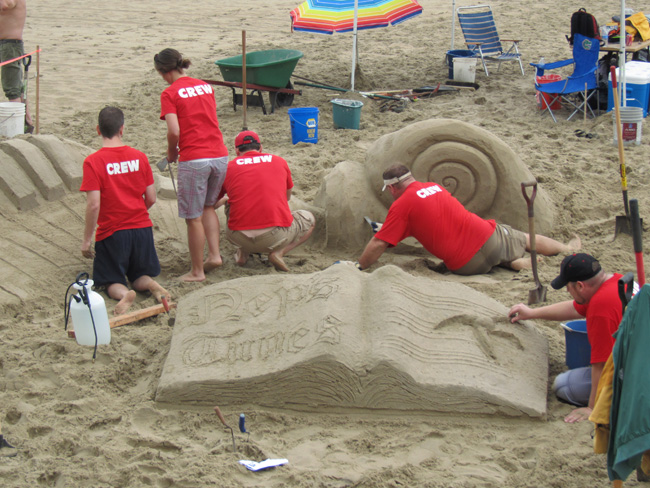 This year we experienced a catastrophic event about 40 minutes before the final whistle: the entire side of the sea shell horn collapsed on itself. The crowd on the boardwalk gazed in shock followed by load howl of “Awwww!” However, team HBA was not to be defeated by this event, and it was all hands on deck to come up with a new plan. We recovered from this dramatic incident by salvaging the collapsed portion and turning it into a new shell design. 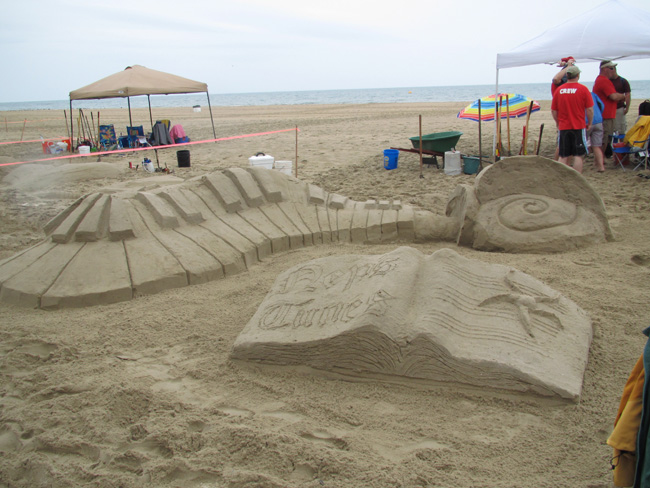 Despite the challenges we faced this year including a smaller team, downpours, and cold temperatures, we were able to still pull off 2nd Place in the Freelance Division. 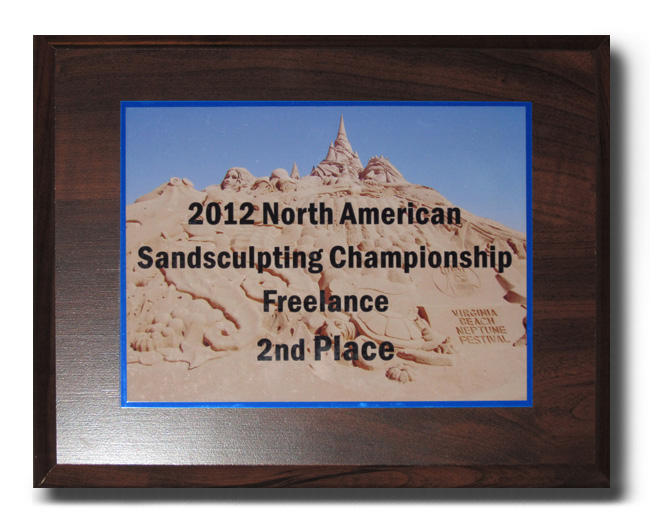 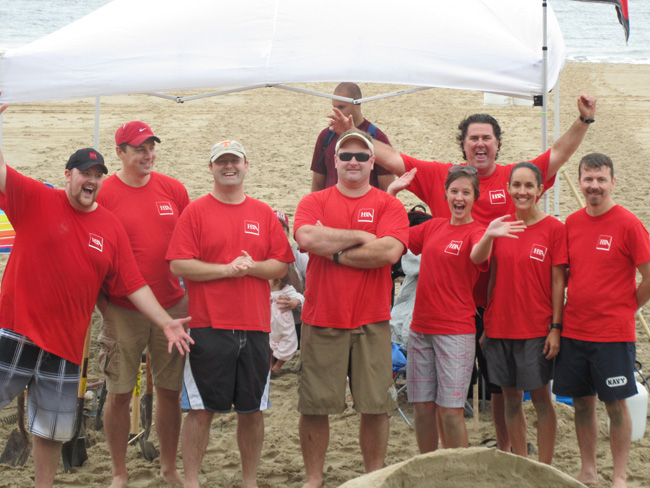