One of the wonderful things about working here at HBA Architecture and Interior Design is the abundant amount of young children those of us have here in the office.  We parents and grandparents would like to think that our children are probably better versed in what goes into planning, designing, and ultimately constructing a building.  Just to put that theory to the test a few of us decided to share what our children have said about the world of architecture:

Shawn Macon, 11 years old (son of Cheryl Shimmelpfenning) says “Mom, I’m an architect.  I design and build my own type of architecture just like HBA.” When his mother asked him what he was referring to thinking it was Lego’s, she was told, “I’m an architect of burgers.  I can build it my own way.” I think we have a future advertising executive on our hands, let’s put this kid on payroll right now!

Carter Whalen, 3 years old (son of Matt Whalen) Points to any building over four stories and says “That’s a skyscraper!” Good thing the Code Officials don’t see that quite the same way.

“You and Daddy draw buildings” says Lockett Rasmussen, 6 years old (son of Todd and Jaime Rasmussen) “Daddy even draws buildings in other countries too, you know like South America and Wisconsin”  Wow, Wisconsin is its own country and I don’t think we have actually had any projects in South America.

“These big buildings make me feel like a mouse” Katie Stanton, 7 years old at the time, (daughter of Ed Stanton) Leave it to a child to put it all into perspective.

“I think you draw buildings all day” says Joey Garcia, 8 years old (son of Jessica Sharon and grandson of Bobby Sharon) ” You know the maps like Busch Gardens has…I think you draw those too, you know like with tables, candy shops, bathrooms, and doors and smoking areas.”  Yes Joey, the joys of designing an Architectural Site Plan….. never, never, NEVER  forget the Candy Shop.

She points to various buildings under construction and says “That building is broke” Danielle Winner, 3 years old (daughter of Michael Winner and granddaughter of Pat Benbury)  Oh Danielle, I think that about sums it up! 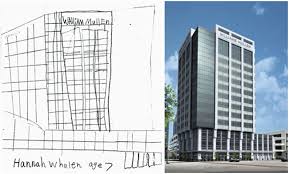 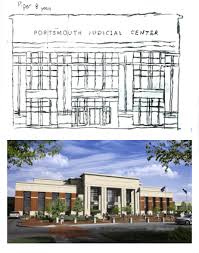