Going to the races, eh?

Having seen the Formula One circus come to the United States three times in the mid 2000’s I’ve wanted to see another race. The sounds and smell of the cars is just not replicable on television, and for a petrol-head like myself it’s the pinnacle of the sport. Sorry NASCAR. Sadly, there has been no race to go to in the States since 2007, but the bug to see a live race was big, and Mariusz, hailing from Poland, is more vested than I due to one Robert Kubica, driving for Renault F1, the only Polish driver to drive in Formula One.

Mariusz came into my office one day and we started talking about the then upcoming Canadian Grand Prix, and how cool it would be to go, to see Montreal, as well as watch the cars we love in person. As a lark we looked up available tickets, and decided, why not? I sent an e-mail to one of the engineers I’ve done a bit of work with who I know is a fan as well and before we knew it, we ordered race tickets, got the hotel room, and planned our travel itinerary. From idea to reality in just a few days! The date was set: July 10, 2010.

So here are a few shots of our trip to the 2010 Canadian Grand Prix: 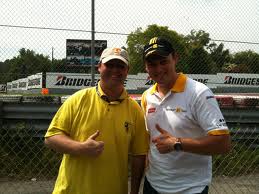 Part of the enjoyment of the trip was seeing Montreal, in particular the old town portion along the waterfront. It has a wonderful streetscape continuously alive with outside restaurants and people in constant motion. This part of Montreal was quite impressive, walking along it felt much more old world or European than anywhere I’ve traveled before.

The food was delectable! Though I probably won’t have Poutine again anytime soon. (Poutine is an order of fries with gravy, cheese, and whatever else you want on top. After watching the show “Three Sheets” I had to try it at least once…That was enough!) 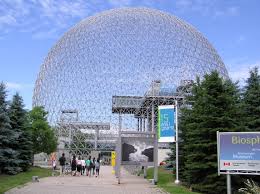 Getting on to the race, the track itself is on the site of the ’67 Expo and we walked right by the Bucky Dome every day.

The weather was fantastic if not a touch hot, but the seats were great and the race was fantastic. There’s no way to describe even in pictures the power and beauty of a Formula 1 race, and for a couple of car guys, it was an amazing trip and one not soon forgotten.