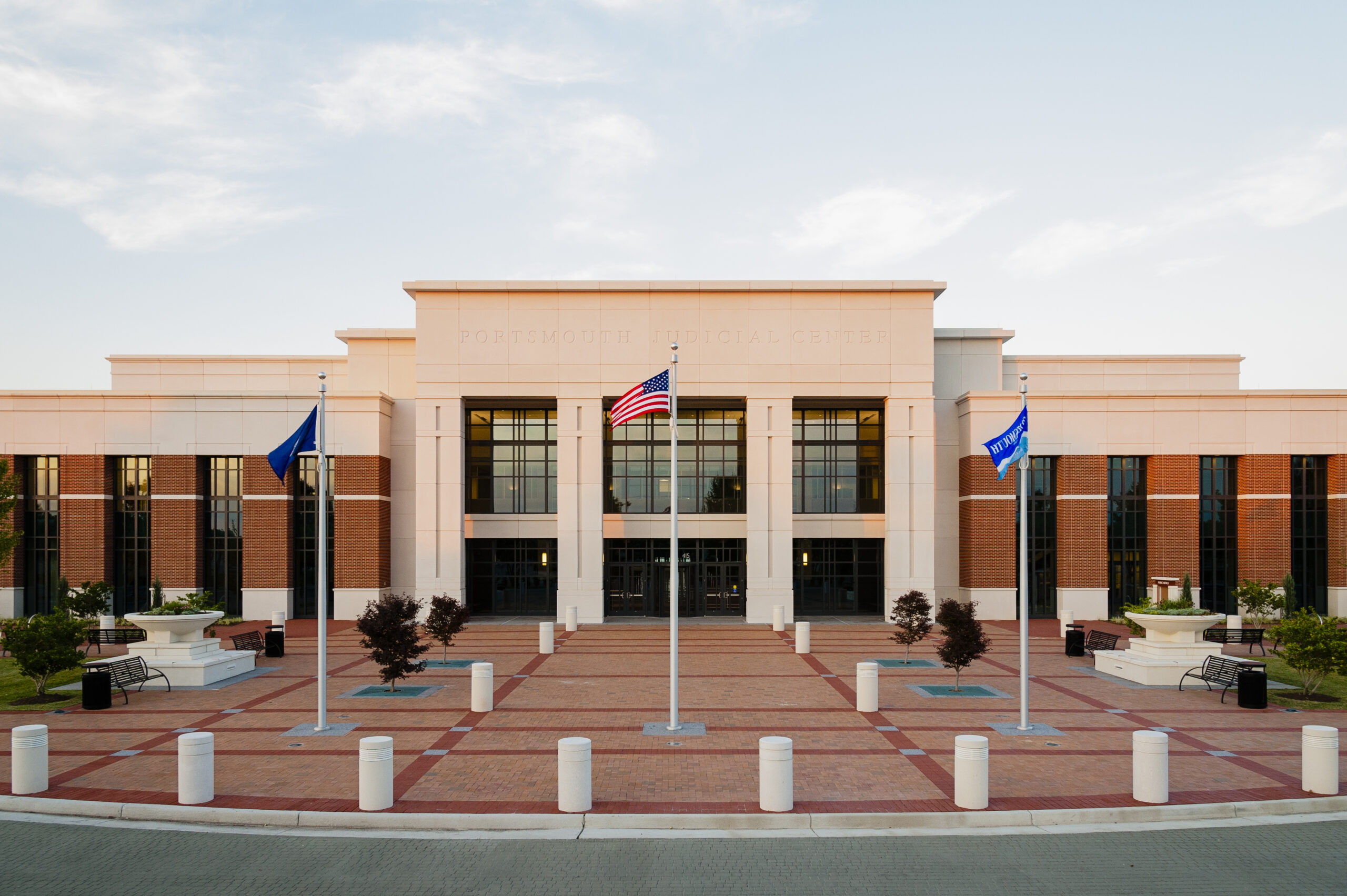 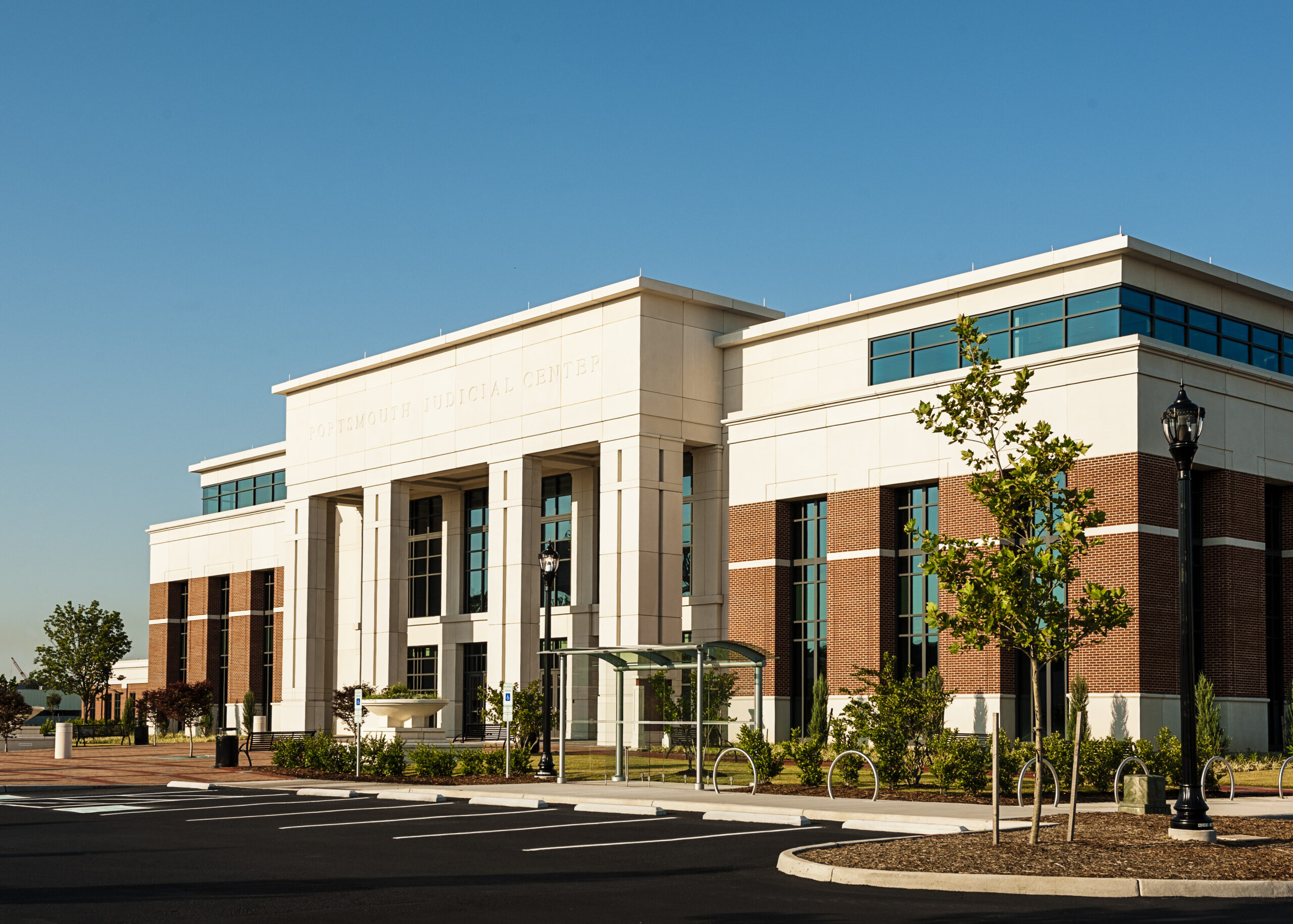 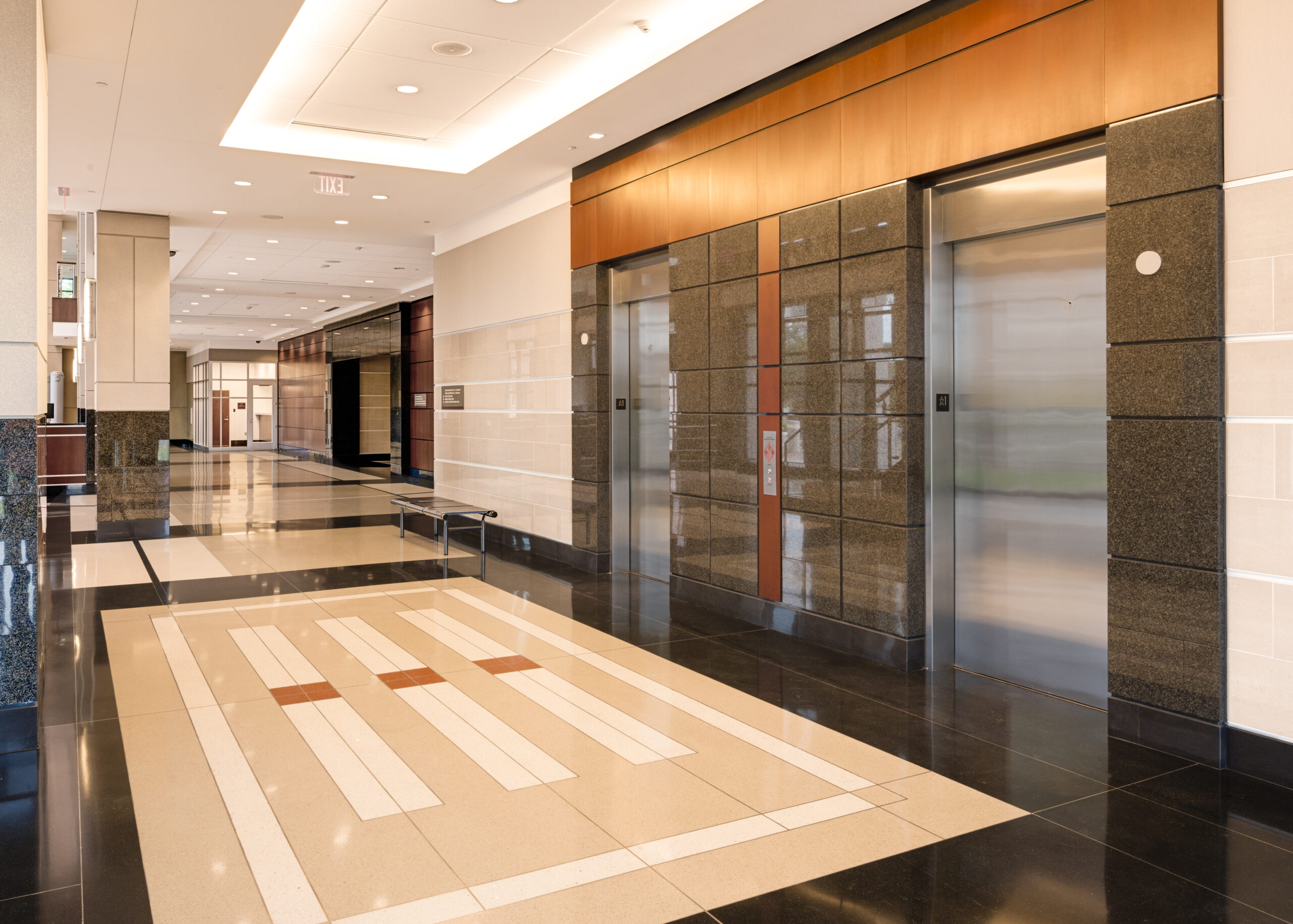 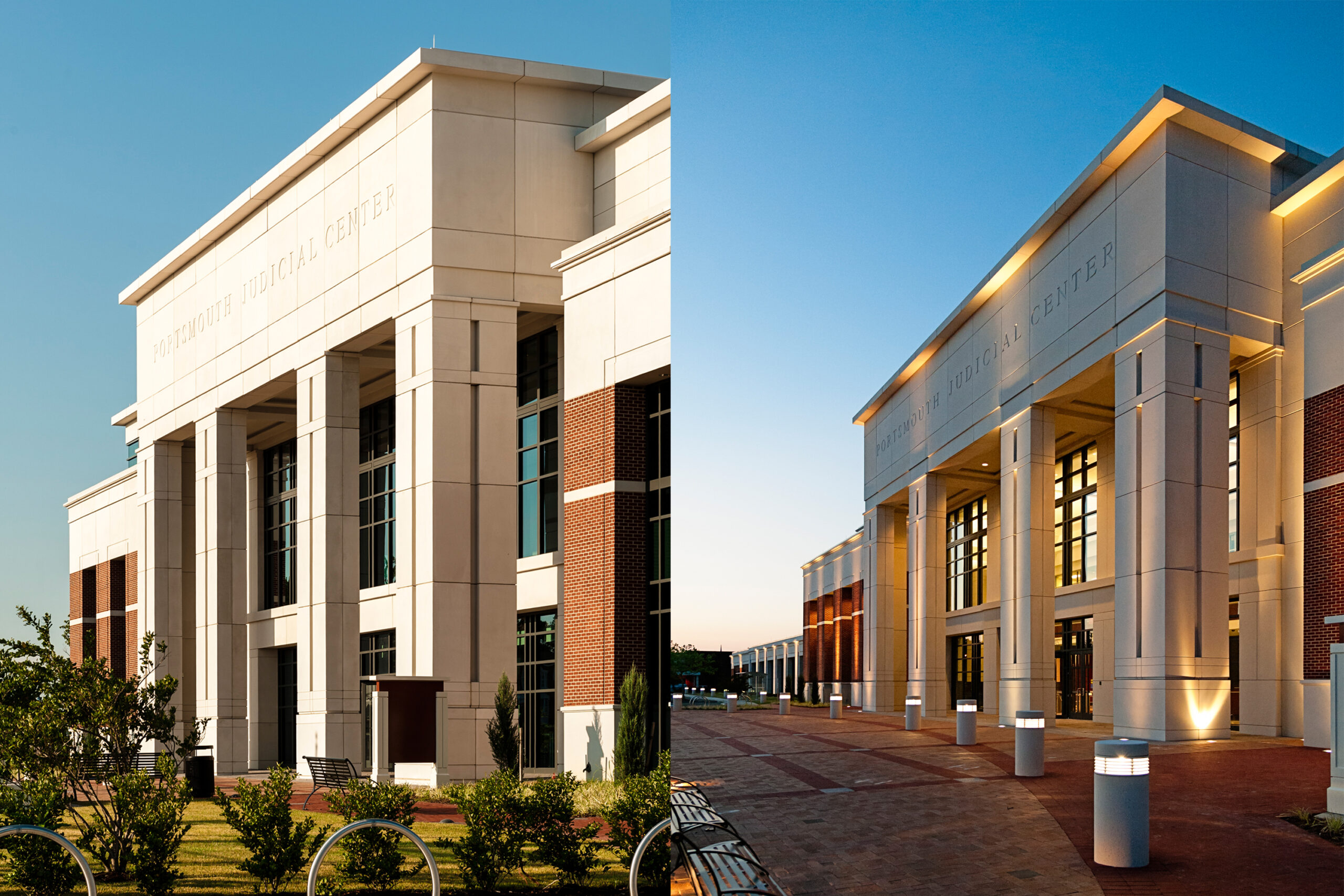 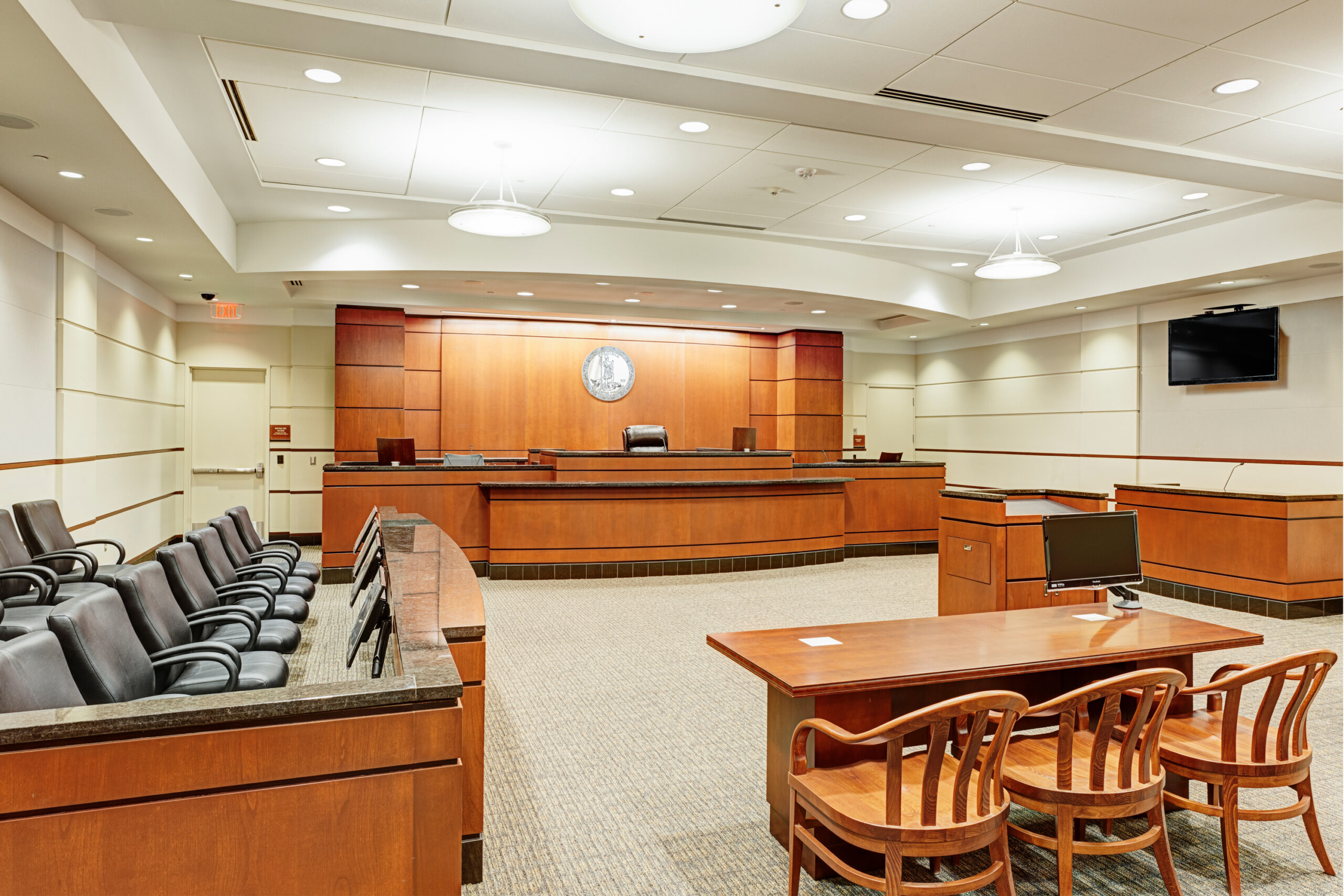 The new courts facility includes the complete renovation of an existing one- and two-story office building (approximately 103,700 square feet), along with a new three-story addition (approximately 103,000 square feet).  The site, which is about 12 acres, is located on Port Centre Parkway, just south of I-264, in downtown Portsmouth.  The development of the new Courts facility will serve as a catalyst for additional development, expanding the central business district of Portsmouth to the area south of I-264.

The exterior of the existing building will be renovated so that the entire facility will appear new.  The architectural design of the new Portsmouth Courts facility presents a bold, dignified, judicial appearance that conforms to the traditional images of justice.

The challenge of adapting an existing office building for a court facility has been answered successfully by the design team at HBA.  Providing secured in-custody defendant circulation in the one-story portions of the existing building has been accomplished by taking advantage of high bay roof areas and creating mezzanine access corridors from central holding areas to the courtroom holding areas.  The design includes three separate and distinct circulation paths for the public, judges and staff, and in-custody defendants for all courts.  A central public corridor connects the two entries to the building and serves as a public circulation space from which all of the courts are accessed.

This unique design solution is extremely valued by all of the project’s stakeholders, and offers just one example of our creative and cost effective design capabilities.